Serving the Florida Treasure Coast
772-589-3862
MENU
Call
772-589-3862
Homes are like people. There's always a unique detail, distinctive style, a special personality. It is my passion to connect homes and people that are a perfect match. 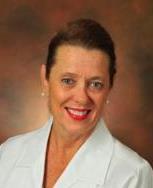 Janet, a native of western PA, relocated to Florida in 1984 accepting the position as Administrator and later as Marketing Director for a large health care
conglomerate.

In 1986, she decided to leave the health care profession and she ventured into Property Management. During her extensive career in the industry, Janet sat on the Board of Directors for the Broward Palm Beach Apartment Association where she was able to make significant contributions with her professional designations as a Community Association Manager, a Resident Apartment Manager and a Certified Apartment Manager, in addition to her Florida REALTOR® license.

Janet and her husband moved to Vero Beach in 1999 after falling in love with the barrier island and their coastal community of Summerplace. She joined the team of North Beach Realty in 2009 and has enjoyed the experience of meeting new people and making new friends through selling and/or leasing them a new home!

"I was referred to Janet Lawrence by neighbors Jean and Craig Cyr. I walked over to Janet’s office at North Beach Realty one day last year just to introduce myself. After a brief conversation I knew immediately that when the time came, I would seek her professional expertise in listing my Mother’s home. Nearly one year later we called on her again! It was the best decision I’ve made in a long time! Due to the delicate nature behind listing 1880, Janet treated my Mother and I with more kindness and compassion then I could have hoped for. I found her professionalism superb, her attention to detail on point, guidance very sure and direct, energy level untapped and her consideration of our feelings unwavering. She guided me patiently when I was unsure, effortlessly respected my opinions, and gracefully allowed my occasional rants! She was a determined negotiator on OUR behalf, and never once did I feel as though she may have compromised OUR wishes to secure the sale. We hit a few bumps along the way, but she never lost sight of our goal. She kept ME from jumping off the emotional ledge a handful of times, because I was not only dealing with my own disappointments of having to sell 1880, but also focusing on my Mother’s rollercoaster emotional state and apprehension. Surely, if Vero Beach had an award for Most Outstanding Realtor and Caring Person, Janet Lawrence would win it! So, needless to say, if asked, I would highly recommend her!"